the nobvisual package is made to help the understanding of deeply nested structure. Here is a short version of the documentation

Visualization of nested objects. The main output is a circular packing in Tkinter with an “hover interaction”. By hovering over the circles, the user can peek at the content. 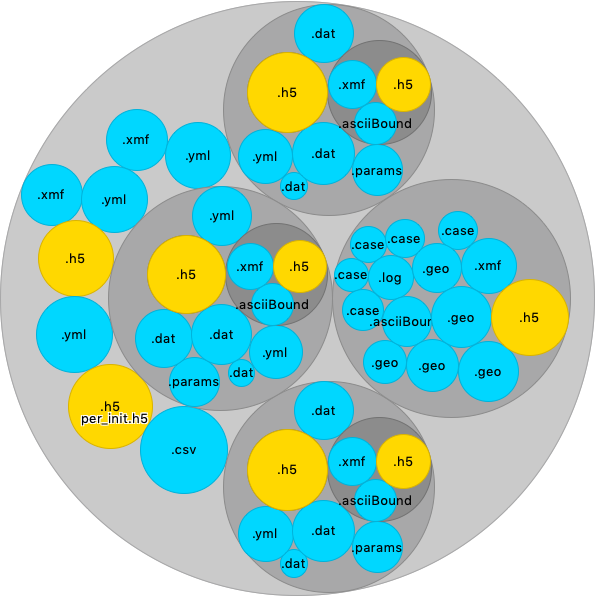 This last example is for a nested object build on a folder structure, but nob visual output can be run on various nested objects, particularly or JSON or YAML contents.

Use the CLI for a basic terminal usage.

The command >nobvisual tree is equivalent to the tree command, but visually. It gives the following output:

The size of each circle at the same level is proportional to the log10 size of each objects. The CLI trigger the function nobvisual.visual_tree(wkdir).

The command >nobvisual treefile shows the content of a serialization file. Supported formats are : - YAML - JSON

It gives the following output: 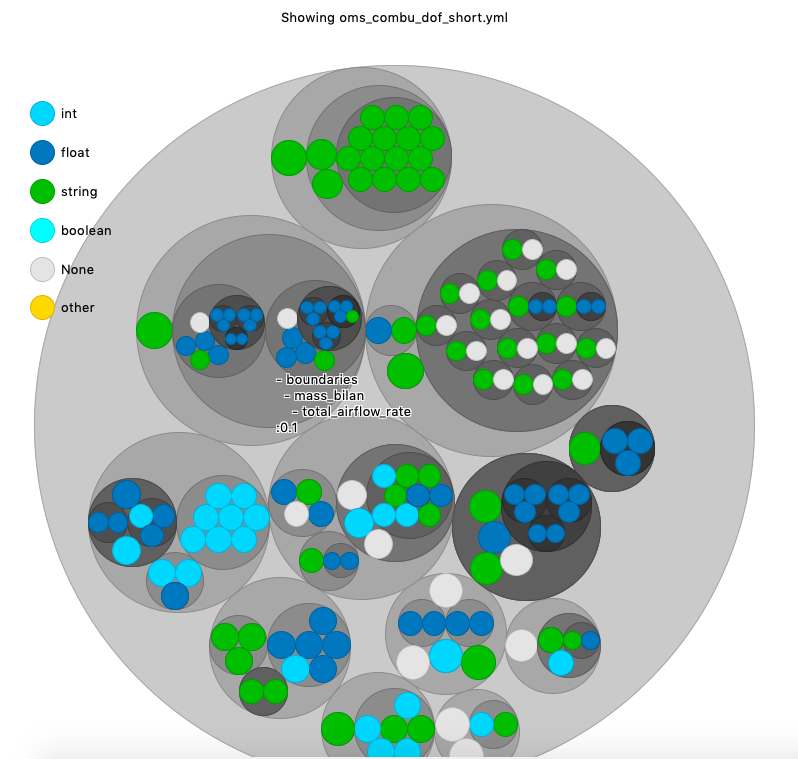 Colors are illustrating the type of record found at the end of each branch. The size of each node is proportional to the number records depending of the nodes. The command calls the function nobvisual.visual_treefile(path).

The command >nobvisual cmpfile compares the content of two serialization file. Supported formats are the same as before

It gives the following output: 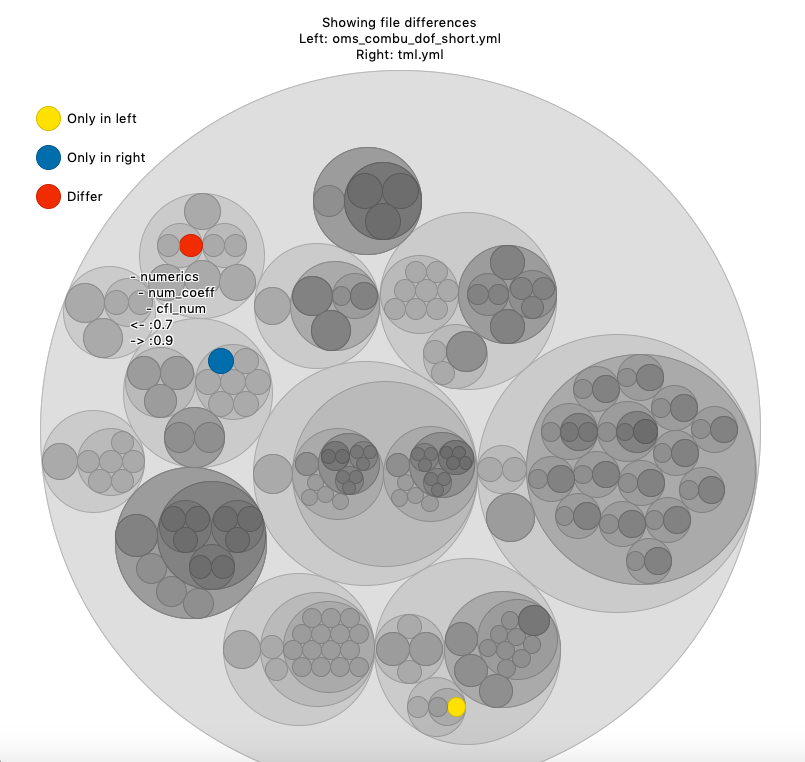 Colors help to understand what is only in the left file, only on the *right$ file, or differ between the two. The command calls the function nobvisual.visual_comparefile(path_left, path_right).

If you use a custom file format for your data, and you can express it in a nested object, maybe you will be interested in the next function nobvisual.nob_compare_tkinter(noba, nobb, title=None).

Nobvisual is a service created in the EXCELLERAT Center Of Excellence, funded by the European community.