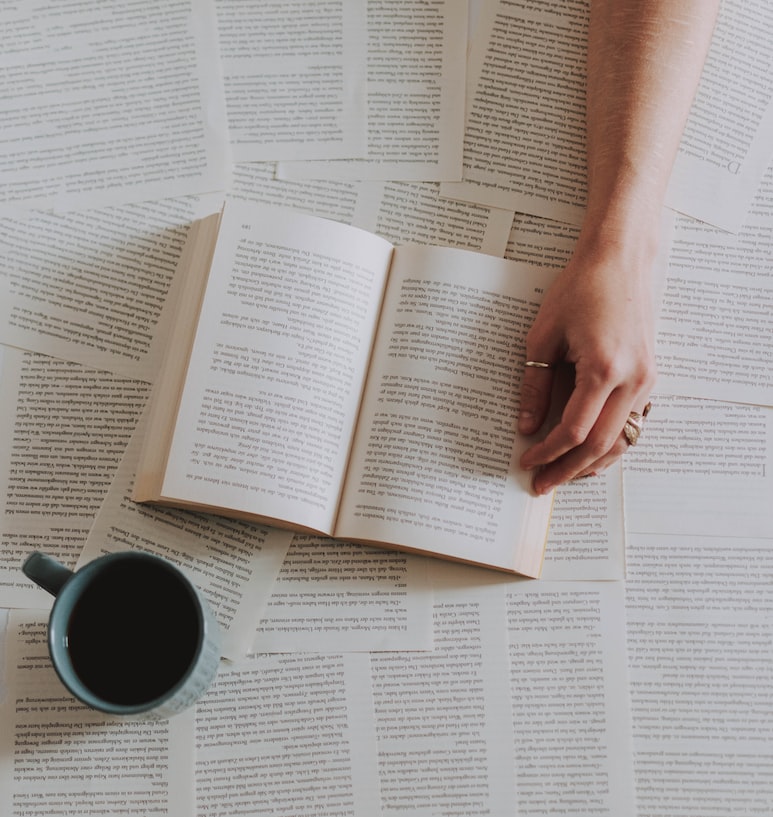 Photo fotografirende. A book is much more than a pile of sheets with words. There are paragraphs, margin, chapters, page numbers, tables, cover, authors, edition, etc… The same goes for codes, which are meant to be read Following some rules helps a lot the reader.

Scientific software is most often not written by computer scientists, but by people trained in other sciences. What’s more, getting the result right can be a significant challenge, requiring high domain knowledge and focus. Unfortunately, this can lead the only criterion for “good” code to be it’s scientific correctness. As software engineering practitioners know this is a recipe for disaster.

While software engineering is not something scientist can hope to master in a short time, some automatic tools can help increase significantly the quality of code produced, for a low effort. This is the case of linting. While many issues cannot be detected by automated linters, linted code is more readable, homogeneous, and easier to maintain, a great step in the right direction.

In this post, we’ll try to show you how, through linting, a low effort can significantly increase your code quality.

We’ll focus on the Python language, and its popular linting package pylint. If you want to read more, but on the topic of large legacy scientific codes in Fortran, jump to scanning Fortran HPC codes.

Who is code written for?

Scientific software is read, not just by computers, but by humans, a lot. Notably, scientists need to know the details of the data they produce, and they aren’t likely to blindly trust a code base. What’s more, science is about exploring and inventing, so code is often tweaked and modified for new studies.

When your code is read by fellow scientists, there’s a chance you’ll get some questions. Probably a lot of them, if your code isn’t considered “readable” by your readers. That’s either going to take up a lot of your time to answer, or possibly discourage people from using your code. That’s too bad, they could have cited you!

Linters are a shortcut for this future interaction. You can think of them like an extremely pedantic friend. Many questions about your coding style, potential bugs and suspicious conduct will be treated as you write code, instead of waiting for someone to have to shout at you for it later.

But how does one define “readability”? What’s readable for me can be obscure to someone else. How can I ever get into the future readers’ head? The simple answer is: through standards. Linters are the result of endless arguments between thousands of people. They are the pinnacle of compromises when it come to coding style. In python, the most consensual writing style is defined by the PEP-8 standard, which the popular pylint package enforces. It comes with a handy metric, the Pylint score: you get a 10/10 for perfectly conforming to the standard, less it you stray from it.

With this handy metric, increasing code quality, and making sure the most people will be able to read it in the future, is simple: we just need to increase the pylint score!

Getting started with pylint

pylint isn’t part of Python’s standard library, so we first need to install it.

Then, linting our code with it is as easy as:

All right, 6.88/10, not bad! But there’s still room for improvement, and now we have a measure of it, s well as tips on the locations of the wrongful statements.

The exact formula for the score is:

Are all pylint rules relevant to scientific software crafting?

PEP-8 is vert thorough, and running pylint on your code can be overwhelming at first. In practice, many Python veterans like to say that the standard is more of a guide than a rule of law. So you could be tempted to ignore some of the warnings that pylint gives you. Here are some that we believe shouldn’t be overlooked, even for scientific software.

Naming conventions might seem futile, but they are essential to code readability.

Names should be at least 3 char long to be meaningful. Indeed, u stands often for “velocity along x axis” in Computer Fluid Dynamics. But a one-letter variable could mean many things, depending on the context. E.g. u also stands for temperature in some heat equations examples. Confusion tends to decrease with the number of letters.

Always stick to lower case. The only exceptions are constants (UPPERCASE) and Class names (CamelCase), and they are very rare. Homogeneous naming rules like this bring strong visual cues: - if you see a blurb = CamelCase(...) somewhere, you instantly know that this is the building of an object, not your everyday assignation. - if you see a GRAVITY somewhere, you instantly know that this constant will never change.

Python code can be commented of course, using the # symbol. However, docstrings are a special type of comment, that are well codified and enable lots of cool features like automatic code documentation. In Python, inline comments are therefore discouraged, in favour of clear docstrings.

Here’s an example of a docstring that’s compatible with Sphinx, Python’s most popular documentation tool, and it’s autodoc feature. The function’s purpose and arguments will be displayed nicely in the documentation.

To see an example of what this automatic documentation yields, check out this in-house example.

Unnecessary “else” after “return” (no-else-return)

This one is a bit tricky. We recommend the reading of this post on Else after return. As a rule of thumb, try to comply to pylint and use implicit else, and if you end up with something too cryptic, go explicit

Do we care about spacings and trailing space?

Yes and no excuses. Tools such as autopep8 can take care of these menial things for you (and can do a lot more). If you are in a bad mood, you can also use black, the most uncompromising tools of all (no customization allowed).

If you think pylint is too nagging and some rules really don’t apply to you, you can easily disable them at various levels. Read the message control section to see the different levels where disabling/enabling rules can take place.

As an example, to disable the too many branches warning in a function, simply add a specific comment before the function definition:

What about this 79 chars limit on a single line?

This is the oldest argument I guess. Sticking to PEP8 79 chars have nice advantages, because code fits better in 3-columns merge tools, is easier to copy/paste in a slide, and can be easily inserted into printable documents. However, in the age of 4K screens, many choose to relax this constraint slightly, which in turns reduces the number of line breaks you have to make.

Even if you configure a 100 or 110 limit, exceptions can be done, as stated before. When a line is too long but the wrapping would make it awkward to read, you can just disable the line limit locally :

Here again autopep8 and black can do the wrapping for you. Be aware that black performs the indentation is some ways that pylint deos not like , due to different interpretation of the PEP008.

Have you heard of Goodheart’s law? When the metric becomes a target, it ceases to be a good metric. So if the pylint score becomes your only target, bad things can happen to your code. For example:

is a clue that this function is using a lot of inputs:

The input is made of plenty of little primitive bits. pylint is saying:

Your input is scattered over many arguments: maybe these arguments are too primitive - or maybe your function does too many actions and could be split?

You could e.g. make a FileBundle class that points to a set of files here. As a bonus, you could enrich the information about these files, like if they are in binary format, and what their version is. Now, your function expects only an argument arg1_filebundle of type FileBundle:

You could also think: “let’s replace 2 arguments by a single *args, so we’re back to 5 arguements.”

Technically, that will indeed make the warning go away, and raise the pylint score, but obviously it doesn’t respect its intent. *args is not meant to shorten a list of positional arguments at all (read about * args and **kwargs here ).

So, simply put, the tool is automatic, but you’re still expected to exercice good judgment when interpreting its result. That’s why seasoned developers rarely look for a 10/10 score. Either they ignore some rules explicitly, or they settle for a certain bar, like 8/10.

While tedious for the lonely programmer, a linter is critical for a community, and scientific programming is not an exception.

A linter is for you if: 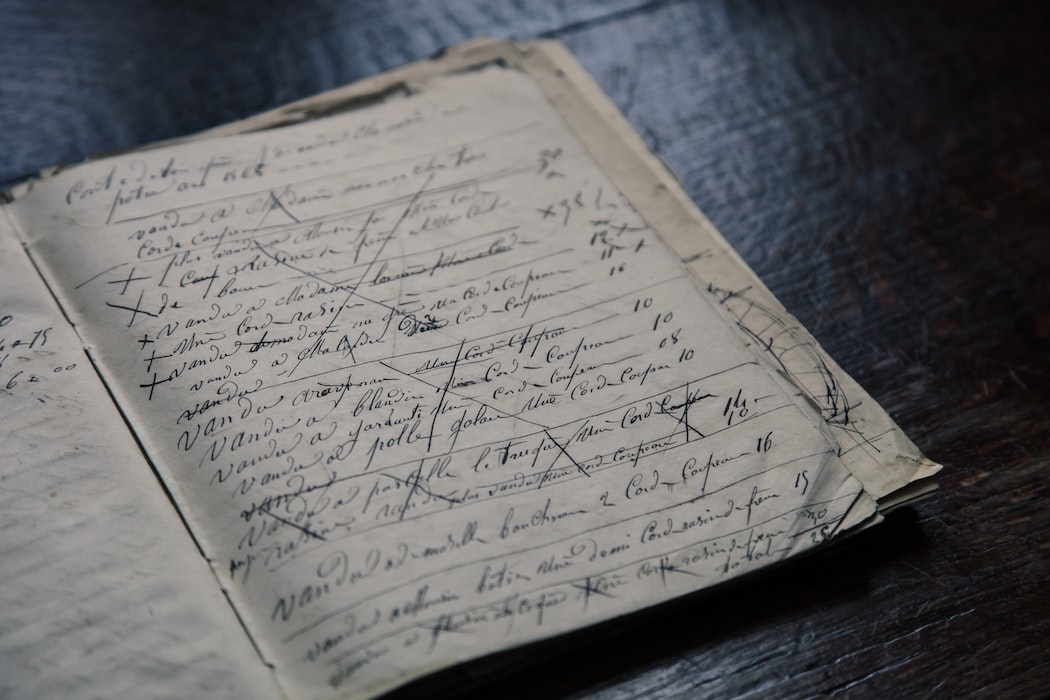 (Phot Dim Hou) Handwritten notes are enough for your own perusal, and can be shared with a friend or two. But If you expect to have more readers, you will eventually move to more strict formatting rules. Same goes for code…