Cerfacs is organizing a half scientific day on Thursday October 14, 2021 in tribute to Françoise Chatelin who left us prematurely on May 14, 2020 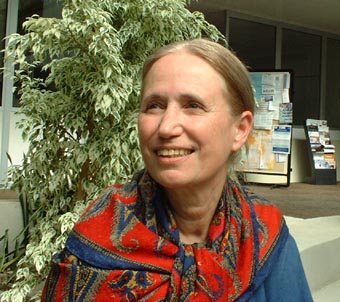 After graduating from the Ecole Normale Supérieure in Paris (1960-63), and her PhD in Mathematics at Grenoble University (1971) , Françoise Chatelin led with worldwide recognition her research in many areas, from spectral theory for linear operators in Banach spaces and finite precision to Dickson algebras.

Professor Chatelin taught at the Universities Grenoble 2 – Pierre Mendès-France and Paris 9 – Dauphine before moving to Toulouse in 1996. She became Emeritus Professor in 2015.

She was a visiting researcher at Berkeley and Stanford Universities, IBM San Jose (Ca) and Yorktown Heights (NY).

For almost a decade, she was a scientific manager in Industry (in charge of intensive computing) first at the Centre Scientifique IBM France in Paris (1985 -1992) and then in the Central Research Lab of Thales (known as Thomson-CSF at that time) near Paris (1992-95).

Beyond her scientific contribution, Françoise Chatelin played a structuring role on research at CERFACS through multiple thesis on innovative topics.

This event is devoted to the human and scientific tribute of her life. As a faithful image of the active and passionate woman that she was, the dynamics of this day will be pushed by scientific conferences and stories given by former students and colleagues and will be followed by further discussions between the participants.