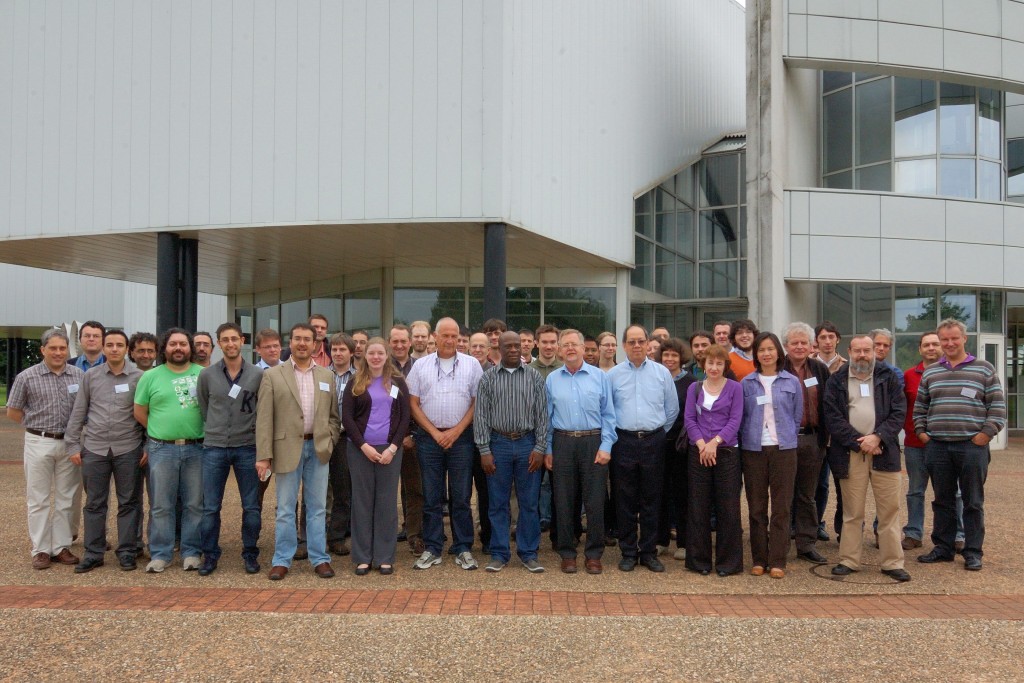 The Sparse Days this year will be combined with the final meeting of the ANR Solstice Programme. The main themes for this project were: direct methods, hybrid methods, partitioning and ordering, and web access to codes and matrices (GRID-TLSE). Thus we will make these the very non-restrictive theme for our 2010 Sparse Days meeting. The meeting will start on the morning of Tuesday June 15th and finish around midday on Thursday June 17th; the exact schedule will depend on the papers accepted for presentation.

SLIDES :  Click on the title of a slide to view that slide

Within the PRACE project FULLEST (First fUlL engine computation with Large Eddy SimulaTion), a joint collaboration between CERFACS, SAFRAN and AKIRA technologies, Dr. C. Pérez Arroyo (post doctoral fellow at CERFACS) has carried out under the supervision of Dr. J. Dombard the first high-fidelity simulation of a part of the real engine DGEN380 (for now, from the fan to the combustion chamber). This 360-degrees integrated large-eddy simulation contains around two billion cells on the three instances, carried out with the AVBP code of CERFACS.  The CPU cost is obviously large but still within reach, performing around one turn of fan during 5 days over 14400 skylake cores. Post-treatments are in progress and already show, among other complex phenomena, a strong interaction between the high pressure compressor and the combustion chamber (see forthcoming paper GT2020-16288 C. Pérez Arroyo et al). Below a video showing: in the fan an isosurface at mid-height of the vein colored by the Mach number, in the high pressure compressor a gradient of density, in the bypass of the combustion chamber the static pressure and in the flame tube a temperature field. One of the goals of the project is to create a high-fidelity unsteady database to study interactions between modules and may help other teams to develop new lower order models and/or validate existing ones. Beyond the feasibility and the maturity of the AVBP code, this kind of calculation is an important milestone for the aeronautical industry and would allow to apprehend earlier in the design the effect of integration and installation and thus, to reduce the cycle and therefore the cost of the future aircraft engines. PRACE and GENCI CPU ressources and Safran Tech/DGAC fundings are gratefully acknowledged, along with the invaluable technical support at CERFACS: Dr. G. Staffelbach, Dr. F. Duchaine, Dr. L. Gicquel, Dr....Read more

B. Cuenot distinguished as Program Chair of international Symposium on Combustion

ALL NEWS
We use cookies to ensure the best experience on our site.
If you continue to use the latter, we will consider that you accept the use of cookies. Check out our privacy policy I ACCEPTI REFUSELEARN MORE
Revoke consent